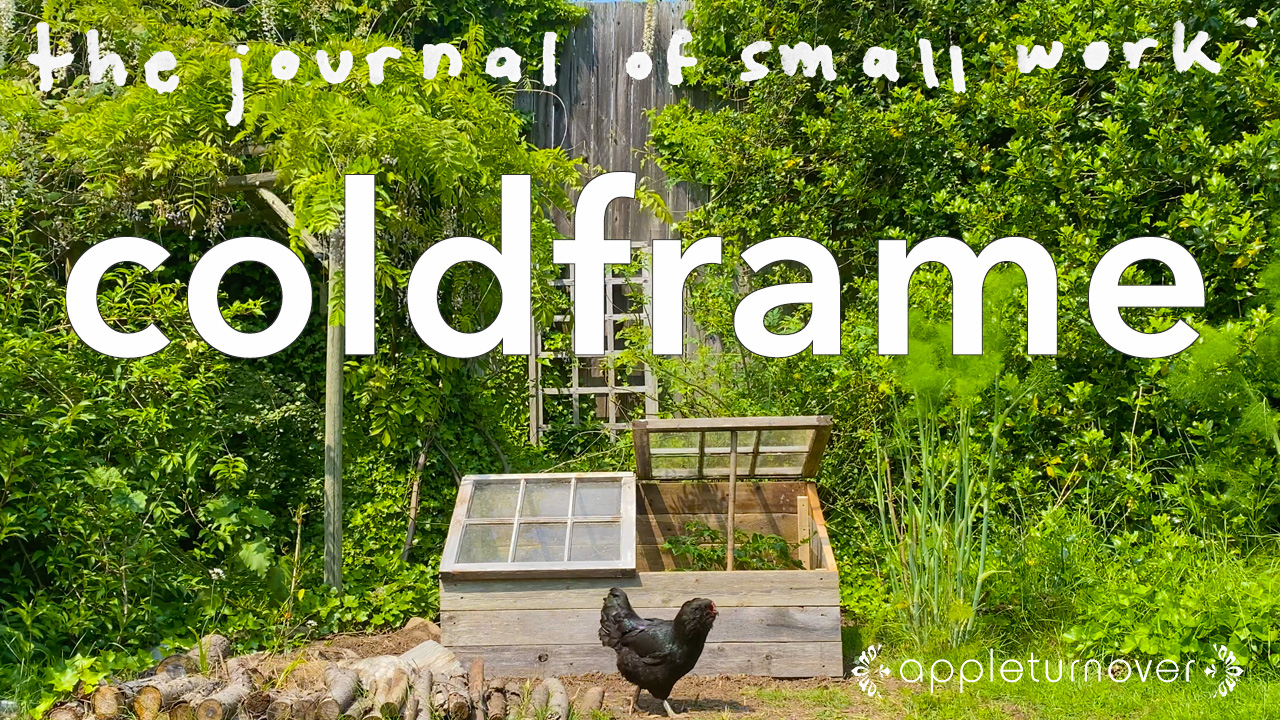 adaptation + relocalisation as illustrated by the coldframe, in the journal of small work*

i give you the latest in the journal of small work* film series, adaptation and relocalisation, as illustrated by the coldframe. the coldframe, that icon of the victorian kitchen garden, is a fine tool not only for adapting to the future we want to see, but embodying the simple actions of the relocalising movement as well as giving another example of the frameworks from the previous three films, like appropriate technology, downshifting, and pattern language.

this little film is just in time for world relocalisation month, too.

huge thanks to the appleturnover film, letter + radio patrons, you keep me going when things are challenging, and this spring has been staggering among springs. so it is with particular joy that i release this film.

elsewhere: if you like a radio companion as you’re pottering about your day, subscribe to the small work* podcast, here. for new writing that informs the journals, subscribe to the letters. and to hear whenever new pieces are released, get the postcards below.

more: for those who’d like to go deeper, watch the subtitles for the asterisk that indicates texts that inform the small work*, which i’ve included as book titles or links. i hope that you love coldframe. if you do, i’d be honoured if you’d share it with your people and if you can, support the new work.